The History of Gold Mountain Manor

This iconic log mansion was built in 1928 by Los Angeles movie investor Alexander Buchanan Barret and his wife Bessie, a daughter of a Civil War veteran. They commissioned Guy Sherman Maltby, a local contractor, and owner of the Bear Valley Milling and Lumber Company, to construct their mountain home. Maltby was an easy choice for the Barrets. He had a hand in bringing luxury to Big Bear Valley building the Peter Pan Woodland Club, an exclusive members-only resort built in the vein of all the great lodges of the day featuring four stories, a golf course, two mineral hot spring pools, a gymnasium, and private bridal paths. 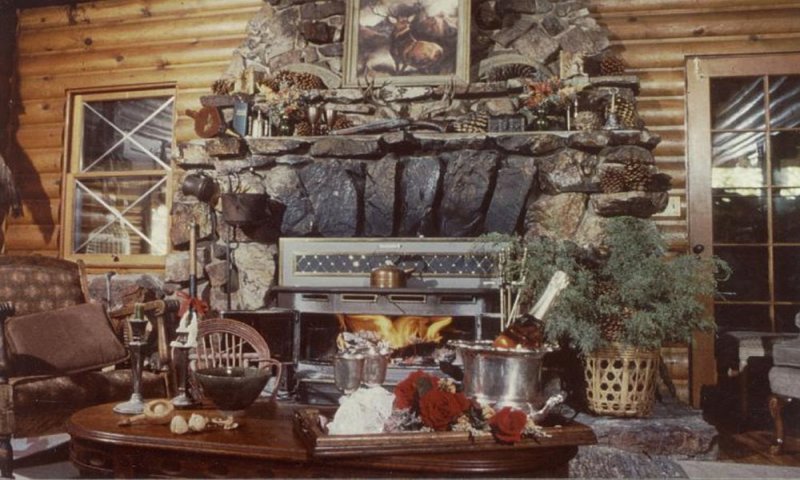 Mr. Maltby constructed the manor using local materials such as hand-hewn pine logs and red rock quartz mined from Gold Mountain to construct the grand fireplace to be the masterpiece of the manor. If you look closely, you can still see the flecks of gold in the quartz rock. When completed, the manor was Maltby’s greatest accomplishment featuring 10 bedrooms, two baths, maid’s quarters, and below the main floor, Maltby included a wine cellar, three deluxe donkey stables, a carriage room, and a tack room. The great Murmuring Pines was born!

The Barrets quickly settled in, inviting friends and family to visit them at their new, prestigious mansion. Their guest list often read like the “who’s who” of Hollywood, and their home fast became a celebrity hideaway.

When not entertaining elite guests, Bessie spent much of her day tending to the grounds. She cultivated her green thumb over the years and became a skilled gardener. As you stroll through the grounds, you will see Bessie’s old blaze red rose bushes, towering pink hollyhocks, and ample purple lilac trees still flourishing today.

After the Barrets enjoyed their time in their beloved “Murmuring Pines”, entertaining the Hollywood elite, they sold to Miss Mason. She bought the Manor to use for church retreats, girl scout camps, and even allowing soldiers to sleep on the front lawn while on leave from duty during World War II. The iron “flower bed” at the side entrance is one of the original beds that lined the guest rooms during her ownership. It is told that she was tiny in stature, but had a tremendous heart of gold! 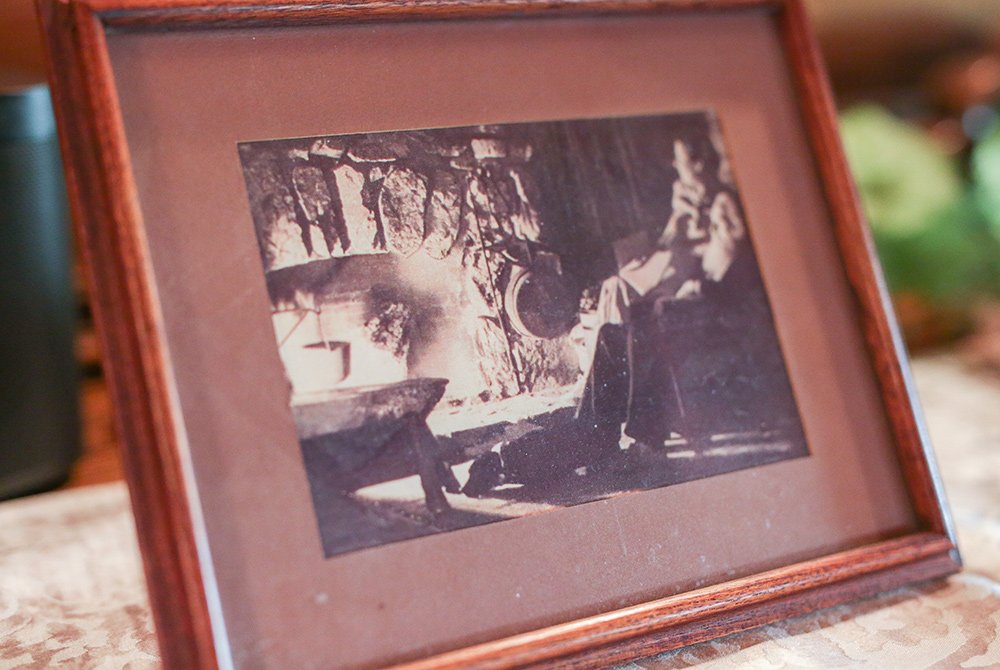 The Early 1970s- Then came Al and Helen Nelson. Helen Nelson loved “Murmuring Pines” so passionately that she would have Al drive her by it all the time, claiming that one day she would own it. Finally, she convinced him to approach Miss Mason to see if she would sell and she agreed. The Nelson’s purchased the mansion for their large family, including seven children. Al built the wooden bar (which is now the check-in counter in the guest kitchen area) and restored Murmuring Pines to all its original glory. Every night the neighbors would stop in for a cocktail and hors d'oeuvres. Their daughters have memories of their first kisses at the bottom of the chauffeur’s stairs (now the stairs leading to our Presidential Suite) before sneaking back inside to their rooms.

The Late 70s/Early 80s- As Al and Helen grew older, and their children moved away to begin their own lives, they decided to move into a smaller home. Lynn Montgomery, an Emmy Award winner in set design and scriptwriting, bought the mansion re-writing its script from “Murmuring Pines” to the “Gold Mountain Manor Historic Bed & Breakfast.” Montgomery made changes to some of the original spaces, such as converting the carriage, tack rooms, maid’s, and chauffeur’s quarters into suites and some of the 10 bedrooms were made into bathrooms. She themed the guest rooms, stenciled walls, and ceilings adding character while still keeping the historic footprint and the old Big Bear mountain feeling. Since she hailed from Hollywood, more celebrities came to stay and more stories were written.

The Late 80s/Early 90s- John and Connie Ridgeway became the next stewards of the manor. During their ownership hundreds of commercials, photoshoots and films were shot on the grounds and inside the manor. Many celebrities, such as Alex Trebeck (Jeopardy host legend), were entertained by John and Connie. The famous musician Kenny G stayed at the manor during this time and recorded his Holiday album in front of the grande red quartz rock fireplace as seen on the album cover. Lots of weddings were hosted at the manor during this era as well. Many of those couples have returned to stay once again, often with their children and grandchildren, to reminisce of special times. 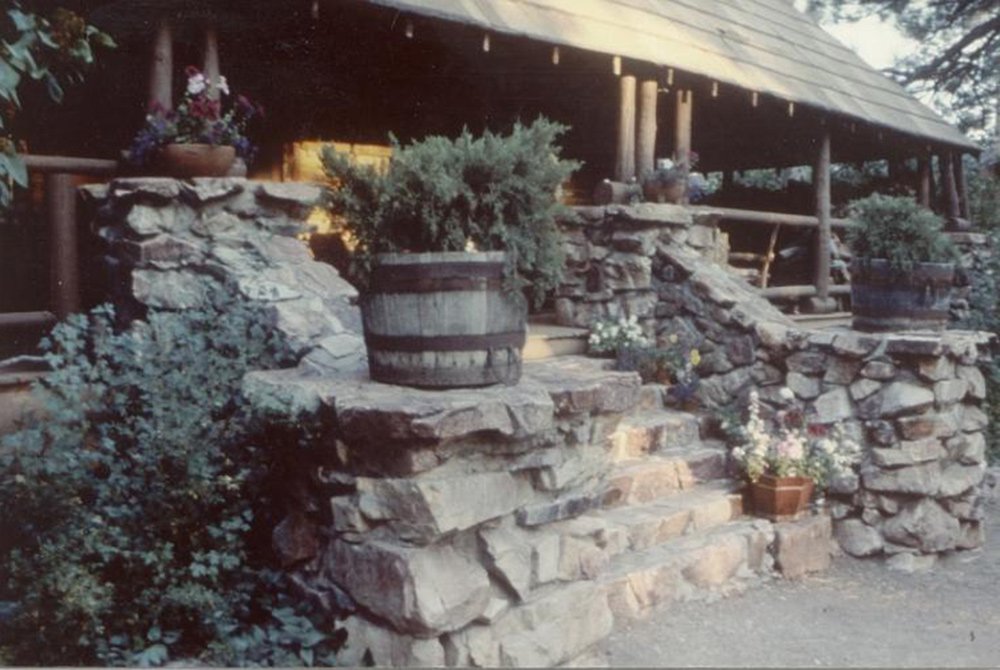 1995- Next up was Bob Angillela and Jose Tapia who modernized several rooms and closed off the tiny “Wildcat” bedroom to create a private bathroom for the Bouquet room. Their time here was a labor of love and they were widely known for their gracious hospitality and their terrific pancakes!

1998- It wasn’t easy to follow in their footsteps, but Jim and Trish Gordon did just that with special touches. They added decorative flair and created the beautiful Cozy Pine suite from two of the maid’s quarters. Their culinary background allowed them to create delicious recipes still in use at the manor today.

2002- Cathy Weil came on board. She saw all the love each owner put into the manor and enhanced it. With a great love of the outdoors, she created stone pathways, a magical secret garden, a meditative/reflective area, flowers galore, and planted more than 100 trees and bushes. She envisioned the pine branch arches, the hundreds of twinkling and she created unique outdoor spaces within the one-acre property. Her visions soon found the perfect wedding spot for hundreds of brides and grooms. Cathy’s warmth and attention to detail helped create memories for so many couples, friends, and families. Many guests still return from Cathy’s era of ownership requesting her signature milk bath. 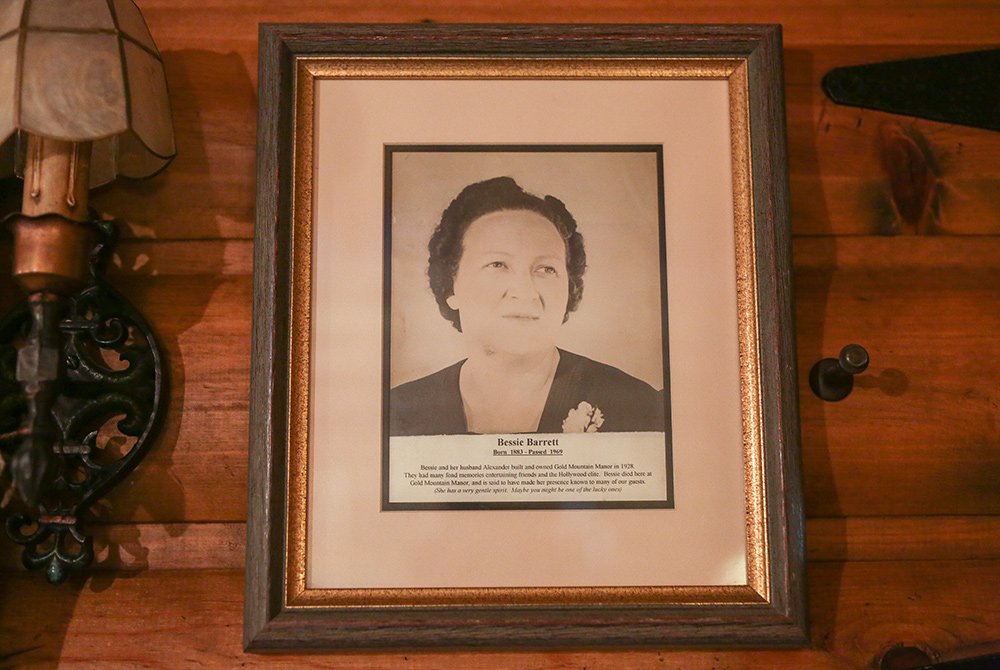 2015- Peter and Betsy Weinberger were the next owners and stayed true to what matters -- treating all guests like family. During their time, the manor underwent some major interior and exterior renovations. Betsy delighted guests with her cooking while Peter performed officiant duties, marrying many special couples in the manor’s beautiful garden. Many of Betsy’s personal antiques were left at the manor for future guests to enjoy.

2020- Darrin and Amy Odell took ownership and are continuing to honor the incredible hospitality of those before them. The Odells pride themselves in active ownership, being present, attentive, and creating an unparalleled guest experience. They are working to restore the manor to its original, historical look and feel while preserving its artistic, historical charm for future generations. They also have a deep desire to bring fame back to the manor, once again inviting Hollywood film productions and offering location shoots. Their legacy has only just begun! 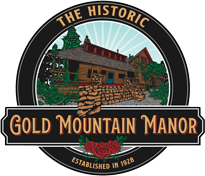 We are committed to making our website accessible. Read our accessibility statement.